I just recently read the news that Samsung will be releasing a much bigger galaxy tab that will run under Android 3.0 Honeycomb OS on dual core processor. This tab will be called as Samsung Galaxy Tab 10.1 which is much bigger than the previous 7″ tab. It will be a 10.1 inch tab that will surely compete with the current iPad.

You might want to check out its technical specifications below: 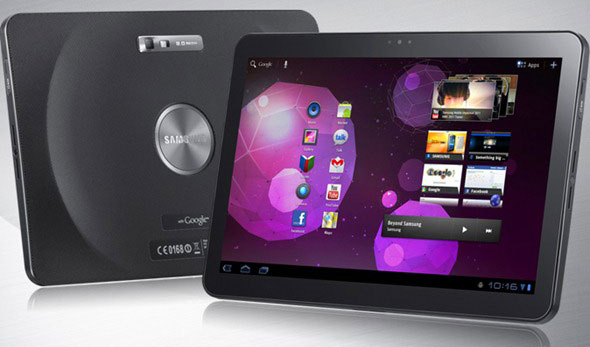 Here’s a video from CNET showing a glimpse of what to expect from the upcoming Samsung Galaxy Tab 10.1:

It is reported that this gadget will be distributed in Asia and Europe in March 2011 so those who wants to grab this one here in the Philippines, you just need to wait a couple of weeks and it might be here in the country. For the price well, I have a feeling that it will be much cheaper than iPad and not that expensive compared to Motorola Xoom. For the carrier, I believe it will be Smart Communications because, they are the current carrier in the country that offers Samsung Galaxy Tab on their Smart Gold plans.

Now I am wondering what will be the response of Apple regarding these tablet releases this year? What do you think?

Update: Samsung announces two version of the Samsung tab – 10.1 and 8.9 during their press conference in Orlando, Florida and they are both 0.33 inch thick which is much thinner than iPad 2. However, this will be available in the US beginning in June. Meanwhile the original 0.43 inch thick Samsung Galaxy Tab 10.1 (now known as Samsung Galaxy Tab 10.1V) will still be ship in Asia as they schedule it but if I were you, I’ll just wait for the thinner tabs.

Update #2: Samsung Galaxy Tab 10.1 can be pre-ordered now at Smart and free for Plan 2500 with unlimited data plans plus a Samsung Corby II.